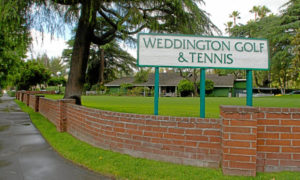 The history of the Weddington Golf & Tennis Club parcel is a rarity in Los Angeles, for it has been owned by the same family continuously since the 1890s. The Weddingtons were originally from Iowa, but like many Iowans and other Midwesterners, the family moved to the Los Angeles region to try their hand at farming in the balmy climate of Southern California. Wilson Weddington, formerly a sheriff in Iowa, visited the region in 1890 with his wife Mary and two sons Fred and Guy. On the property that is now Weddington Golf & Tennis the family operated a sheep farm then switched to wheat and finally casaba melons before stopping agricultural operations as Studio City became developed.

Leasing the property from the Weddington Family, Joe Kirkwood Jr., son of Australian professional golf legend, Joe Kirkwood, opened “The Joe Kirkwood Jr. Golf Center” on New Years Day 1956. In 1957, Kirkwood, Jr. sold an option to the course to George McCallister, Sr., a golfer and investor in sporting goods and real estate and his partner and fellow Wilshire Country Club member, Art Andersen, founder of Western Freight and an industrial real estate investor and together they owned and operated what became known as the “Studio City Golf & Tennis Club” until June of 2007 at which time the lease with the Weddington family came to an end. With the promise that the facility would continue to operate as a golf and tennis center open to the public the McCallister and Andersen turned over the business to be owned and operated by the Weddington Family who changed the name “Weddington Golf & Tennis.” 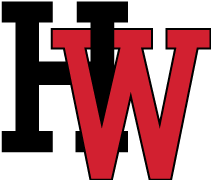 CERTAIN REQUIREMENTS ARE CURRENTLY IN PLACE DUE TO COVID-19 AS PER THE COUNTY OF LOS ANGELES DEPARTMENT OF PUBLIC HEALTH ORDER OF THE HEALTH OFFICER.  WE MUST COMPLY WITH ALL OF THESE REQUIREMENTS IN ORDER TO BE OPEN FOR BUSINESS.

• Physical distancing of six (6) feet must be maintained at all times.
• MASKS MUST BE WORN AT ALL TIMES WHILE ON THE PREMISES (except during tennis play only).
• No rental equipment is available for use, e.g., clubs, racquets, tennis-ball machine, etc.
• Only CREDIT/DEBIT or APPLE PAY will be accepted – no cash will be accepted as payment.
• Participants are instructed to bring water and hand sanitizer or disinfecting wipes to wash and sanitize hands frequently.
• After play at either golf or tennis, we must ask you to leave the premises immediately to avoid group gatherings – NO TAILGATING ALLOWED.
• Facility Operators will be monitoring the grounds frequently to ensure that participants are complying with all requirements and restrictions.
• Participants who do not comply with these requirements and restrictions will be asked to leave.

We realize many of these guidelines are inconvenient and do not allow for socializing before, during, or after play, but again, we all must be in compliance in order for Weddington Golf & Tennis to be open during this challenging time. We will do our best to keep you posted and suggest you follow our FACEBOOK page as updates are posted there as we receive them.  Thank you for your patience and cooperation.

Before contacting us, please read the information below. We have two separate club houses; Golf & Tennis, so be sure you have the right number before calling.

It is with great sadness that we announce the passing of our wonderful friend, colleague, mentor and coach Cuauhtémoc Ricardo Sanchez.  A devoted father and lifelong lover of sports, arts, and culture Cuauhtemoc passed away unexpectedly August 2nd, 2020 at the age of 43 in Los Angeles, CA. His joy in life was to share his many passions with his boys Dean and Jack. He nurtured them with his love of theater, sports, reading, and music. With their dad, they saw Hamilton four times, watched the Dodgers in the World Series, attended countless Lakers games, and developed their own interests and talents. Together, the three of them experienced so much of this world’s beauty and wonder.Cuauhtémoc was born in Boston, MA in 1977. He was raised in Austin, TX, graduated from Austin High, and earned a BA in Theater and Dance from The University of Texas at Austin. His father introduced him to the game of golf when he was a toddler, and it became a lifelong vocation as an accomplished player and teacher, including a US Open qualifier win in Austin. Golf was a passion shared with his father and brother, and together they traveled to play at many of the world’s most historic courses, including St. Andrews in Scotland and Pebble Beach in California. In Los Angeles, Cuauhtémoc found a city bursting with creative energy, radiating with the same frequency he had always felt in himself. He poured himself into many creative endeavors, including training with the legendary improv groups Upright Citizens Brigade and the Groundlings, and screenwriting and developing a children’s television show. His inspiration had no bounds, ranging from Shakespeare and Quentin Tarantino to Tupac and Kobe Bryant.He is survived by his former spouse Shannon Mazepink and their sons Dean and Jack, his mother Ellen Sanchez, his father Dr. Juan Sanchez, his brother and sister, Joaquin Sanchez and Xiomara Goss, his half-brothers Juan de Jesus Sanchez, Tenoc Sanchez, and Cesar Sanchez, his maternal grandmother Gloria Greenleigh, and many cousins, aunts, and uncles.A private service will be held on Thursday, August 13, 2020 at 10am at Forest Lawn Hollywood Hills. A celebration of life will be held in Austin in the coming months.

Weddington Golf Course is a 9 Hole, Par 27 course that plays 1088 yards from the back tees. Weddington Golf also offers a 25 stall driving range, as well as a practice putting green and chipping practice area. All practice facilities are open from 7am to 11pm daily.

Weddington Tennis offers a wide variety of programs for players of all ages.  We believe the journey & experience of developing your tennis game should be fun, educational and rewarding. From private instruction, to our weekly drop-in matches, you’re sure to find something to fit your schedule, and your level. We are open to the public, and have 16 courts available for rent, 7 days a week. Walk-ins are welcome, but it’s best to call ahead to check court availability before making the drive. Please be sure to read the Rates & Info section below before calling.